Augmented Reality And Wearable Tech For The Battlefield? The Inside Secret From the Viewpoint of Transient Voltage Suppressor (TVS) Diodes 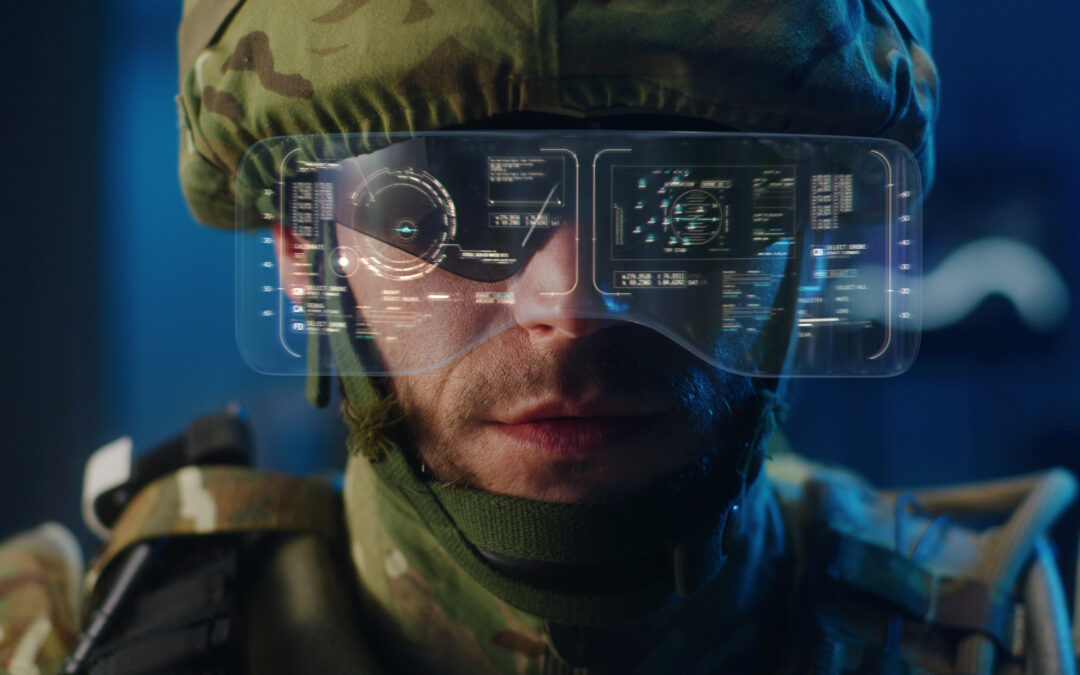 There is no shortage of advances or trends in technology for defense forces to monitor and consider. The latest is augmented reality (AR) and whether wearable devices with this technology pose any benefits on the battlefield.

What is AR? How is AR different from its close relative, virtual reality, VR? What are the possible applications of AR for the military? And can the components required to support these innovations keep up? This article will dig deeper into these questions and more.

Original equipment manufacturers for wearable devices for military use will be interested in the ergonomics of their final product so that personnel use it as intended and gain the advantages they present. In addition, these devices need to stand up to the unpredictable nature of military missions. MDE Semiconductor, Inc. supports the manufacture of high-reliability military devices with a range of Transient Voltage Suppressor (TVS) Diodes. Wearable tech is at risk of electronic discharge, (ESD) events that, without adequate protection, can cause glitches to full destruction of system components.  In the event of ESD destruction, critical devices won’t function as they should.

What are the benefits of Augmented Reality?

AR involves superimposing computer-generated elements on a user’s view of the real world to:

Such capabilities are the reason several industries are working to take advantage of AR technology. The gaming industry is an obvious category. Over the years, video game makers have transformed characters and story backdrops to be as real and life-like as possible. This makes for a more engaging and immersive experience. AR takes the phenomenon up several notches.

The 2016 success of Nintendo’s Pokemon Go was one well publicized example. Nearly 65 million players around the world spent time exploring their neighborhoods while looking through their phones to catch Pokemon characters that appeared in front of them using AR. The novelty and experiential nature of the game made it a popular and addictive game worldwide.

Augmented reality has plenty of applications in the real world though. Take retail, for example. The IKEA Place app invites customers looking for interior decoration to view their home decor catalogue with the assist of a virtual in-home experience. Users simply point their phones at the relevant space and see how it can be transformed by selecting items from the store’s catalog in different styles and colors.

Fashion, makeup, and shoe brands have created AR apps to deliver a similar experience to their customers.

Even the healthcare and warehouse realm can benefit from AR’s ability to project artificial objects (which are not actually present in the real world) to an existing space.

Whether it is advertisers leveraging try-before-you-buy to increase sales or warehouse staff practicing their emergency response, AR is advantageous in providing cost savings and reducing failure.

Virtual reality involves immersing the user in a virtual environment that is entirely computer-generated. Augmented reality, on the other hand,  can be experienced with enabled smartphones, tablets, smart displays, projection screens, or incorporated into wearables such as smart glasses and headgear. However they are designed, resilient electronics are key for AR devices to operate as expected.

Because any instrument packed with miniaturized electric circuits is at risk of unpredictable voltage transients, protective measures need to be put in place to overcome them. Transient Voltage Suppressor (TVS) Diodes are examples of protective devices for sensitive circuits.

Augmented Reality Applications in the Military

The opportunity to present information in new ways using AR is attractive for the following military activities below:

AR training platforms offer a low-cost way to train for combat, where green soldiers can try their hands on expensive equipment and build the confidence necessary to use them. Without exhausting consumables like fuel, the platform can offer customizable terrains and multiple scenarios by changing the virtual elements that are superimposed into a space.

The opportunity to become familiar with a space beforehand and experience how actions could influence real-world surroundings is a plus in managing anxiety associated with high-performance operations.

Often the difference between life and death, situational awareness has always been critical to soldiers. However, the terrain or environment can make it harder to keep track of enemy and friendly positions. If their line of sight is obstructed by smoke, a building, debris or any other obstacles, AR can help provide spatial knowledge to a soldier so they know how to deal with a problem behind the wall.

Also, because there are many players in an operation, having each soldier see what is relevant to their point of view can be very valuable in aiding their response.

From a planning perspective, a quick-to-configure AR facility that lays on the table the military advantages that exist for limited periods can aid strategic thinking. The absence of such insights could mean early advantages are lost, entire opportunities are ignored, or too risky operations might be undertaken.

Circuits in digital systems require power protection to operate reliably when nature strikes. Lightning, electromagnetic, or solar events can cause voltage surges in exposed devices that lead to electrical overstress that can damage circuit components. Transient voltage suppressor diodes help ensure continuous operation due to their fast-action avalanche breakdown capabilities, that divert excess current away from the protected circuit.

This disruptive technology is not without its challenges. It is no small matter to take an existing image and overlay new elements onto it. And when the view changes by the changing position of a tablet or the user turning their head, the rendered view would need to respond in an instant. And the augmented images or videos must be as close to real as possible, otherwise, we’ve missed the point entirely.

Currently, a major issue the technology faces is correct depth perception. That is, how the image is displayed relative to the user.  If superimposed objects appear closer or further than they are, the outcome could be fatal for military applications.

Information overload is another term you will come across with AR technology in the military. Soldiers are already burdened by the high stakes environment of the battlefield. Therefore, one more screen to check with before taking any action could prove too much. A way to consolidate all the information presented to a soldier would help address this issue. Some quarters are raising alarms about too much reliance on technology in the military, that they hinder instead of help quick decision-making. Another concern is that soldiers do not get to hone their own judgement and gut feelings by learning dependence on technology. Instinct can be crucial for confidence when missions don’t go as planned.

The high cost of a single device remains an issue. For more widespread use, provided the kinks in the technology have been ironed out, the costs would need to be brought down.

Finally, as with any tool involving communications and data, cybersecurity is essential, so that enemy forces cannot spy on the information and insights the devices are sharing.

Depending on the manufacturer and application, AR technology can take various forms, namely, overlaying digital elements on an image or a video feed. Some might incorporate audio overlays, yet others might include gesture controls or other physical controllers.

Thanks to advancing technologies, the size of the different components that make up the AR system can be small enough to fit into a wearable device that will not impede mobility. AR equipment manufacturers for the defense sector will need to make the resiliency of the device a priority if a soldier is to make decisions based on augmented images.

Transient Voltage Suppressor (TVS) Diodes can play a part in helping AR devices withstand the demands and variable nature of combat by protecting the various electrical subsystems from power surges and ESD that can lead to equipment failure. These fast-action silicon avalanche devices clamp the overvoltage protected circuits experience and route the associated current to the ground, all in a matter of nanoseconds. Their low leakage current and low capacitance make them advantageous in applications like AR devices where data signal integrity is a priority.

MDE Semiconductor, Inc. is at the forefront of innovation, with a wide range of circuit protection devices to suit diverse needs. We offer customization for unique applications that are particular about weight and space limitations.