Defense Against Drones and the TVS Power Promise from MDE Semiconductor, Inc. 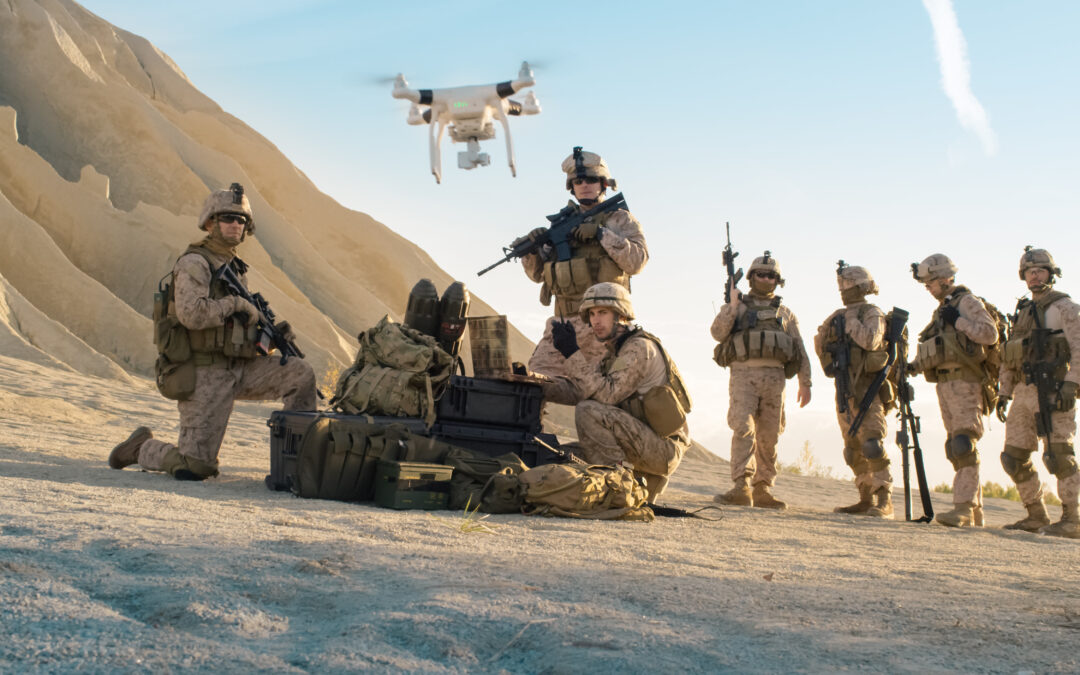 Defense Against Drones and the TVS Power Promise from MDE Semiconductor, Inc.

In September 2019, drones were used to attack the state-owned Saudi Aramco oil processing facilities in Saudi Arabia. You would think it was the first time someone had the unfortunate idea to use drone technology to cause mayhem to property, considering the number of headlines generated by the attack.  The drop in oil production by almost half likely contributed to the newsworthiness.

However, for those keeping track, the list of UAV-related incidents continues to rise. And the audacity of mischief-makers especially outside war zones has national agency officials worrying about what could happen next time. Think playgrounds, parades, prisons, stadiums, music festivals, utilities, warehouses, and more, it’s enough to keep any concerned individual awake at night.

The very reason drone technology can do a lot of good, offering access where there was none before, is exactly what makes them a dangerous threat. It is why countermeasures have become necessary.

MDE Semiconductor, Inc. provides a variety of products that support innovation aimed at addressing today’s challenges. Our range of transient voltage suppressor (TVS) power diodes can protect sensitive electronic systems like those found in anti-drone technology, where high reliability and performance are essential. Below is a dive into the subject of defending against drone/UAV attacks.

2 Million Registered Drones and Counting in the US

The figure above has been reported by the FAA as the number of commercial or recreational drones that have been registered. That’s an impressive figure without touching the numbers that aren’t registered. Besides, it does not take much to transform a hobbyist drone into a weapon. A quick search on the internet will bring up individuals who have equipped theirs with machine guns or worse, as different machines are designed to carry several kilograms of payload. The exact nature of the payload is left to the owner’s discretion.

Even without being “rigged up” with weapons, just their surveillance capabilities make them a threat when an enemy gets the Intel they need to coordinate a future attack. Or when smaller sizes are preferred, the technology has become sophisticated enough for miniature models in the wrong hands to wreak havoc.

Drone features that add to the challenge:
● They can fly close to the ground and blend in with the terrain and hide behind obstacles en route to their targets. The low-flight capability is an advantage to an attacker and makes the device more difficult to detect.
● They are moving targets and their trajectory is not fixed, therefore an attack can take any direction. If a detection system is not pointed in the right direction, the drone will not be spotted.
● The changing landscape of the technology’s use could mean a solution that worked previously as a countermeasure may not be effective at a future date because of the increased knowledge.

MDE Semiconductor, Inc. specializes in TVS power diodes which find application in anti-drone infrastructure of the electrical variety. These protective devices are themselves a measure against power surges and transient events that may completely damage a system or reduce its effectiveness. We can also provide customized products to meet the evolving needs of circuit designers and manufacturers eager to provide the next generation of solutions.

First You Detect, Then you Counter

The first thing that needs to happen before a threatening drone can be dealt with is to be able to detect its presence. The following detection methods, each with their strengths and weaknesses have been commercialized by counter-UAS providers:

● Radio Frequency Analysers which detect the radio wave communication between a drone and the controller. Some analyzers are capable of identifying common manufacturer models, and if Wi-Fi is used for communication, may identify the media access control, MAC address of the drone. Although low cost, short-range or crowded RF environments reduce their effectiveness.
● Optical sensors may consist of a standard daylight camera. Drones can be difficult to identify in bad weather, e.g., fog, rain, etc. Advanced optics making use of thermal or infrared imaging can overcome these weather and time of day limitations but are also still prone to false alarms, say a real-life bird flies past.
● Acoustic sensors can detect the sound a drone makes and use that to triangulate its position. Not surprisingly, a noisy atmosphere will lead to incorrect analysis. The method is also limited to a short application range, about 300 – 500 m
● Radar technology emits a radio signal and waits for its echo, measuring the distance and direction in the process. Compared to the other detection methods, radar is not perturbed by visual conditions, provides a 360-degree analysis of the target environment and so can track multiple drones. However, radar detection systems reduce in effectiveness as drone size becomes smaller.

Bringing Down a Drone

When it comes to counteracting a drone’s capabilities, there are a variety of solutions on the market that using a broad classification might bring further clarity. Measures to bring down a drone can be classified into hard and soft.

Soft measures:
The first level in this category has already been discussed, that is, detecting a drone’s presence. Whatever methods are used to obtain the flying craft’s speed, time in the air or distance, belongs in this category. The second level are measures to gain control of the drone by intercepting its signal.

GPS spoofing (manipulating the GPS to determine where it can go), scrambling the connection between the pilot and the drone, and signal hijacking (hacking the radio communication protocol and co-opting the drone) are level two soft measures. The best possible outcome in densely populated areas is to gain enough control to land the drone safely.

Hard measures:
Using hard measures means you can’t always guarantee how it lands.This could be a real limitation in urban settings if explosives or other hazardous materials are released as a result of the crash. First-level hard measures involve using projectiles to knock the drone out of the sky (whether with nets, bullets, missiles, water cannon, other drones).

Physically intercepting the drone with a safety net or adhesive is a low-tech solution with an added benefit of capturing the device intact such that intelligence can be gained from forensic analysis.

Level-two measures involve the use of directed energy such as lasers, microwave, and other electromagnetic pulses to stop the craft’s flight or destroy it completely. The use of energetic pulses and emissions to interfere with the microelectromechanical systems (MEMS) used to orient a drone has been demonstrated as an effective means of bringing it down.

Lasers are more destructive and are about the fastest countermeasures with a long-range that have been tested and are still being developed by industry leaders. However, they pose a general safety hazard to the operator as well as to innocents at the unintentional receiving end, since limiting the laser shot distance is still difficult.

While dealing a destructive shot at a weaponized drone in a timely way can be the difference between a celebratory night at the stadium or a tragedy, the goal of protective solutions for electronic anti-drone equipment is to prevent destructive energy from damaging its sensitive components. Surge protection devices such as TVS power diodes direct overvoltages away from the protected load, thereby maintaining the equipment’s performance and reliability.

The different anti-UAV technologies discussed so far come in different “flavors” in the marketplace, depending on the maker. Some of these technologies can overcome a solitary drone attack, however, it is unwise to assume enemy forces will not choose an onslaught over making things easy.

According to Brett Velicovich, a former U.S. soldier and current CEO of Drone Experts, although there are hundreds of manufacturers in the counter-drone industry, there is no one technology that drone experts unanimously agree carries a 100 percent guarantee to stop any conceivable drone attack.

What manufacturers are instead doing is to make incremental improvements on their solutions as advancements in drone technology come about and more is known about enemy methods. Security decision-makers on the other hand are looking for scalable technology that can overcome attacks on a wide variety of platforms, and not break the bank. Effectiveness would require 360-degree coverage for detection and the ability to respond to multiple drones in a swarm attack. Experts agree that the future is a hybrid of different solutions.

One of the greatest difficulties where anti-drone technology is concerned is that it fits the description of a never-ending cycle. For any measures ethical drone makers employ to stay within the bounds of legality, there will always be the rogue minded who will veer away from those boundaries. Similarly, for every solution to known threats that are devised, nothing stops enemy forces from devising new forms of attack.

A portfolio of sensors to detect and interceptors or “destroyers” to neutralize, all networked into a defense system promises a comprehensive anti-drone solution provided it is adaptable to change. TVS power diodes protect electronic systems in these types of countermeasures from electrostatic discharges and transient power surges, which left to run through onboard electronics can cause equipment to malfunction.

MDE Semiconductor, Inc. is at the cutting edge of innovation with a wide range of protective devices to suit diverse needs. Most significantly, our company offers customization for TVS power diodes to match unique applications while taking into consideration weight and space limitations. Regardless of the category of anti-drone solutions to be designed, we will combine technical expertise with professional service. Contact us today.