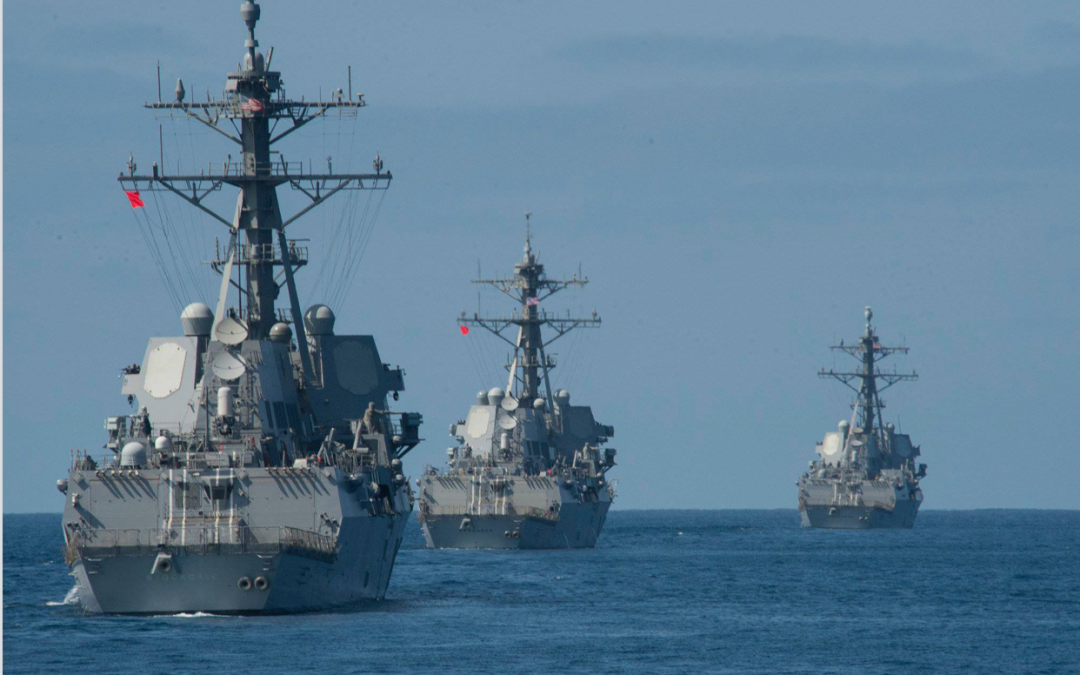 When aerospace manufacturing giant Boeing was tasked with designing a new IT network on board the US Navy’s upgraded Arleigh Burke-class guided missile destroyers, finding the right surge protection equipment was critical.  When a lightning strike, power surge, or operational imbalance could destroy the high current electronics system, lives are on the line and mission-critical information is hanging in the balance.

MDE Semiconductor, Inc. is proud to say that after rigorous testing with Boeing, as well as sea-testing on board the USS Spruance, the MAX-200 High Current Power TVS Diode has proven capable of protecting the redesigned shipboard network system from dangerous power surges.

Find out more about how naval vessels are at risk for critical voltage transients, how the new Gigabit Ethernet Data Multiplex System from Boeing benefits the Navy, and how the MAX-200 functions as high current circuit protection on board. 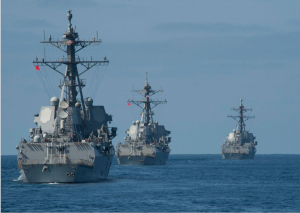 “Robust communications are critical to the US Navy’s superiority over our adversaries. Much of our communication these days is through digital paths, and we are careful to employ rigorous safeguards and redundancies to protect our networks from both man-made and natural disturbances.”

How Naval Ships are Affected by Lightning Strikes

If water attracts lightning in a storm, and lightning strikes the tallest points in an area, then does that mean that the masts and radio towers of ships at sea are targets for lightning strikes? It would seem so, which is why the design of modern naval crafts are designed with this propensity in mind.

In fact, the phenomenon of lightning strikes has been studied at length, especially with regards to application to naval crafts. One study, entitled “Maritime Structures & Ships’ Lightning Protection”, explains that all-metal ships are often struck by lightning, though they are rarely damaged by strikes. That’s because the huge mass of the metal hull in direct contact with water allows rapid dissipation of the electoral charge into the water.

However, more modern crafts are constructed differently in order to reduce weight and to offer more concealment from enemy radar. To do so, the superstructures of naval war ships are constructed from fiberglass reinforced plastic (FRP) or are coated in rubber to create lighter, more buoyant crafts less perceptible on radar than steel. This change in structure changes the way electrical current from lightning strikes dissipates. It creates a space between the superstructure of the vessel and the hull, so the current is not carried directly to the water for dissipation.

Instead, any time lightning strikes the upper mast or an ungrounded radio antenna, the metal carries the charge to the electrical equipment and destroys them.

It is critical to naval operations to protect circuits, electronics, and data from power surges caused by lightning or otherwise.

There are, of course, many lightning protection systems in place on modern naval vessels. These systems don’t reduce lightning strikes, but they protect sensitive electronics from damage.

It’s also worth mentioning that in addition to lightning strikes, there are other causes of power surges that can severely damage electrical components on board ships. Switching operations, power anomalies, short circuits, or a blown fuse. Even lightning that strikes anywhere within a kilometer from the power and signal systems of a naval craft can induce large enough transients that can permanently or temporarily damage the electrical and electronic systems of the craft.

All electronics are susceptible to damage from voltage transients, power spikes, and PSQ problems. Any of these can damage electronics, ranging from minor malfunction to total devastation of the circuit.

“The most efficient method of protection against spikes and transients is the installation of surge protection devices (SPDs).” (Sofras)

Back in 2011, Boeing tested out a redesign of shipboard networks that would replace mile of point-to-point cabling, signal converters, junction boxes, and switchboards that make up a conventional ship’s cabling. The new network is called the Gigabit Ethernet Data Multiplex System.

The first ship to carry the new GEDM System with the MAX-200 High Current Power TVS Diode was the USS Spruance (DDG 111).
The Navy completed sea trials and testing of GEDMS on the Spruance in March 2011.

The GEDMS is the most recent upgrade to the Data Multiplex System (DMS) networks, which offers enhanced network communication capabilities by providing an IP-based backbone that supports multimedia services such as video and data, Boeing officials say.

The new network design increases the missile destroyers’ ability to support data transfer within the ships. The hull, mechanical and electrical systems in these ships have all received upgrades in their design, starting with the USS Spruance. These upgrades required an upgrade to the data network as well.

With the network upgrades of the GEDMS, the Navy expects a reduction in manpower and an ability to use video and sensors to monitor remote and confined spaces. These improved abilities increase safety of the vessel’s crew, according to the team at Boeing.

High Current Transient Voltage Suppression Diodes (Power TVS Diodes, like the MAX-200) are a solid state electronic component that is used in electronic circuits to protect sensitive semiconductors against transient currents that occur in the circuit or from electrostatic discharges. These devices exhibit a variable impedance depending on the current flowing through them (or the voltage across their terminals). During normal conditions, these devices have a high impedance and therefore appear “invisible” to the circuit. However, in the presence of a transient voltage, their impedance decreases and current flows through them to ground. That is, they divert the transient away from the load (shunting), thereby, putting a clamp on the residual voltage.

The reasons TVS diodes are so effective in these types of situations include:

Due to the high current formed during breakdown in when a diode reverse biased regular diodes are at a significant risk of being permanently destroyed. TVS diodes are constructed so that the breakdown occurs uniformly in order to prevent current crowding. This makes them far more resilient and as long as their operating limits are respected no degradation of the electrical specifications will occur.

For more information or mechanical specs on the MAX-200, view data sheet here.

The USS Spruance (DDG 111) was commissioned in 2017 as one of the Navy’s newest Arleigh Burke-class destroyers. It was the first destroyer to be outfitted with the new GEDMS shipboard network from Boeing. (Credit: US Navy Facebook)

(Side note: named for famed World War II Navy Adm. Raymond A. Spruance, DDG 111 is not part of the Navy’s old Spruance-class destroyers, the last of which was decommissioned in 2005. Adm. Spruance commanded Navy forces during the Battle of Midway in 1942.)

She is the 61st ship in her class and was formally commissioned in 2017. The ship is named in honor of Adm. Raymond Spruance, commander of Carrier Task Force 16 during the World War II Battle of Midway. Spruance is the second Navy ship to bear the name.

The USS Spruance has been participating as part of Carrier Strike Group 3, alongside the USS Stockdale (DDG 106), USS Chung-hoon (DDG 93) and USS John C. Stennis (CVN 74). In May, the group underwent a series of group sail training in the Pacific Ocean in preparation for an upcoming deployment. Details of the pending deployment are confidential. 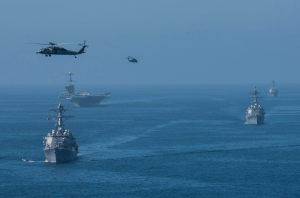 In 2016, the Navy extended the contract with Boeing to continue support of the GEDM System within U.S. Navy Arleigh Burke-class guided missile destroyers.

MDE Semiconductor, Inc. is an innovative, quality oriented device manufacturer with a Single Minded Focus on Circuit Protection Products. Our Transient Voltage Suppression (TVS) Devices are designed specifically for the protection of electronic systems from the destructive effects of Lightning, Electrostatic Discharge (ESD), Nuclear Electromagnetic Pulse (NEMP), and Inductive Switching. All silicon devices are constructed with our famous low leakage glass passivation process with high-energy absorption capability from 400 watts up to 288,000 watts. www.mdesemiconductor.com

PROTECTION OF NAVAL SYSTEMS AGAINST ELECTROMAGNETIC EFFECTS DUE TO LIGHTNING http://www.jpier.org/PIER/pier113/19.10111302.pdf