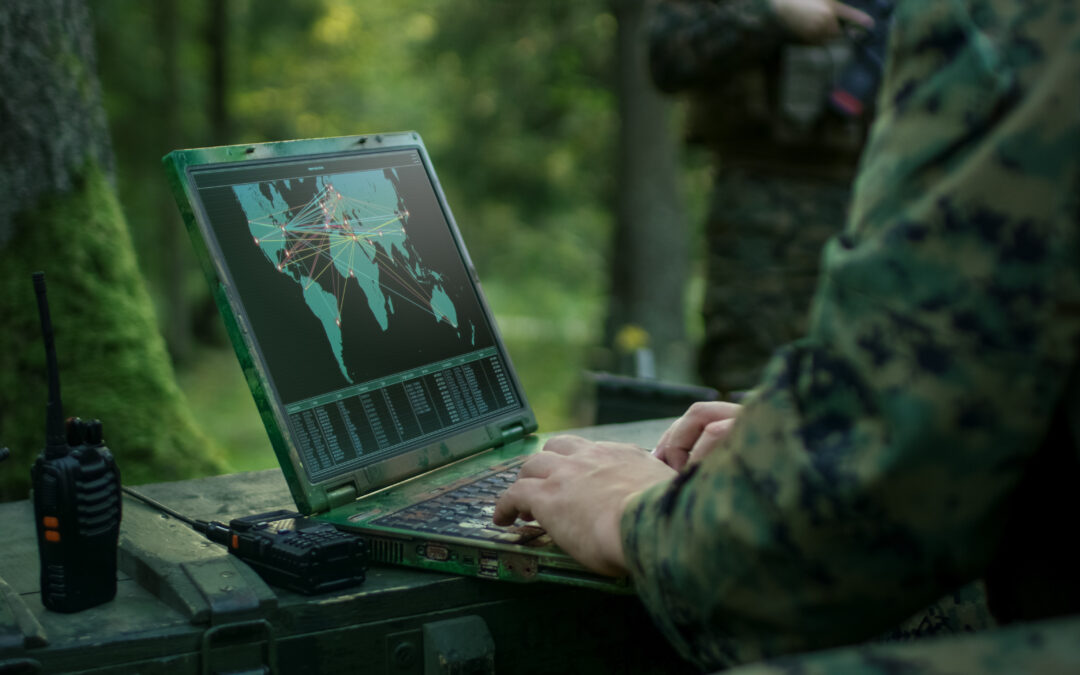 Amid the chaos, when adrenaline levels are at their peak, and there’s little time to spare, the last thing a soldier needs is bad information. Reliable communication channels can be the difference between life and death when soldiers need to send requests for artillery support or understand clearly, command’s instructions.

As wireless data-sharing technologies continue to advance, the speed and range of warfare are also increasing. Defense forces that integrate these next-level concepts the quickest can gain the upper hand.

Diving deeper to the heart of any communications infrastructure, are sophisticated electronics, many of them miniaturized, that are susceptible to damage from unpredictable voltage transients. The effects of these power spikes can range from minor malfunctions to the destruction of unprotected equipment.

MDE Semiconductor, Inc.’s range of circuit protection devices includes the SMDMAX15KA Power TVS Diode Series, which has been engineered and tested to protect electronics in military communications equipment from failure.  Discussions about ensuring signal integrity and connectivity are subjects of interest, so let’s find out what has been brewing in the world of US military communication technologies.

Modernizing portable communication devices will remain on the cards as new or more affordable technologies spring up. Today’s top priorities are:

Another focus is connecting various soldier-borne devices to improve situational awareness, lighten the load, and reduce the complexity of managing them all. Defense officials are pushing for more open-architecture to leverage offerings from innovative companies, and wherever possible, are adopting solutions that can be updated with new software rather than hardware replacement.

The NetModX 2020 event took place from July to October at Joint Base McGuire-Dix-Lakehurst, New Jersey. According to news reports, about 30 new technologies were tested including radio technologies with anti-jam capabilities and a distributed node system for command post survivability. The next phase of improvements should follow this event.

Lighter, wearable communications devices are made possible by miniaturized electronics. Unfortunately, these are susceptible to transient events caused by any number of reasons including load switching and EMP effects. The short but intense energy spikes can devastate circuits. Explore MDE Semiconductor, Inc.’s SMDMAX15KA Power TVS Diode Series, a protective device for complex and space-limited circuitry.

The US military plans to acquire more unmanned systems for each of the different domains of war, namely, land, sea, air, and space. And the challenge becomes how to achieve secure and reliable connections between these systems to achieve the maximum benefit.

The links that make it possible to share data between the systems can have different Levels of Operability. For example, a manned vehicle with the ability to control an unmanned one, while the command center simply receives the video feed. Not surprisingly, a high-throughput network is required for success.

The Army recently awarded a MUM-T contract to Persistent Systems LLC. The company is working on a secure, high-throughput communications network that would support CSIR missions between manned systems and robotic or other autonomous systems. With their technology, a next-gen optionally manned fighting vehicle can be linked to as much as four unmanned remote combat vehicles, where the manned vehicle is networked to the command systems.

According to press releases, Persistent’s scalable technology does not rely on external communications infrastructure but a peer-to-peer network.

MDE Semiconductor, Inc. has a track record of delivering circuit-protection devices to the standards demanded by high-performance military applications. Its SMD TVS diode clamps down overvoltages in the protected circuits.

Where fast-paced threats can take on different forms, the speed of decision-making needs to rise to match it.  In what may be classified as a level above manned-unmanned teaming, multi-domain operations, MDO, is how the US military is proposing to bring all its capabilities together. Individual domains seize the advantage where possible, creating opportunities for other domains to be victorious.

Lt. Gen. Eric Wesley of Army Futures Command, speaking in a Defense Media interview stated, “You can’t effectively prosecute a campaign using MDO if it’s not joint.” Design and development decisions cannot happen in silos. There needs to be agreement on the standards and architectures that will allow different domain systems to work together.

Also, when extracting data from many sensors, synthesis is essential to prevent it from becoming noise to the users. When the barrage of information is put in context, threats are better understood and hidden opportunities could be discovered. Officials envision a common operating dashboard/digital map as a solution. In the background, Artificial Intelligence helps identify priorities, and the most effective means of achieving them.

Another level up, or in some quarters, parallel to MDO, is the Advanced Battle Management System, a new communications network that allows US forces and its allies to coordinate in real-time across all domains during operations. The so-called Joint All-Domain Command and Control, JADC2. The system went through its first round of tests in December 2019 with members of the Army, Airforce, and Navy shared tools and technology against a simulated attack on the US homeland. It’s still early days, but commentators stated it was good to see a much talked about vision in practice.

A drawback of interconnected electrical and data networks is that power anomalies can propagate easily. Without adequate protection, these can cause damage to neighboring equipment. Information systems cannot afford such failure or unreliability. MDE Semiconductor, Inc. offers a suite of protective TVS diodes for military applications. In particular, the SMDMAX15KA Power TVS Diode Series has been designed for data and signal reliability in communications electronics.

Communications On the Move

In the thick of an overseas operation in a hostile environment, nothing is predictable. And having to worry about the availability of communication signals would be unhelpful.

The major players in military communication are stepping up to provide Satcom on-the-move solutions where fixed infrastructure is impossible and to also address the low bandwidth and high latency issues associated with Geosynchronous, GEO, satellites.

With Pentagon’s backing, the Mobile User Objective System, MUOS, should replace legacy UHF systems by offering increased data rates and bandwidths. Supporting remote computer access and global connectivity, personnel will be able to make calls from any part of the world to another. Even though it’s a Navy initiative, MUOS can also provide on-the-move capabilities to the other services. David Vasiloff, the MUOS Program Manager at Lockheed Martin puts the number of terminals across the military that could be upgraded for MUOS at 50,000.

For its part, General Dynamics is busy working on the robustness of its on-the-move devices coupled with its mounted assured positioning, navigation, and timing system, MAPS, to hold up in environments denying GPS access.

The service is keeping an eye on companies like SpaceX, Amazon, and Telesat that have launched Low Earth Orbit, LEO, satellite constellations. Even though their profit-making models are not yet clear, these vendors are promising superfast broadband at low cost and low latency compared to what is currently obtainable from military-owned GEO satellites. They are being positioned as data transport services, i.e., space-based internet services to support data-reliant technologies.

The LEO constellations distribute internet resources among thousands of small data-linked satellites, so that if an individual satellite shuts down, the other satellites make up for its absence, a form of resiliency. Also, their cheaper cost compared to a single GEO satellite means they are replaceable. Just like civilian smartphones can switch from one network to another, an Enterprise Satellite Communication initiative promoting integration between military and private sectors will make it possible to switch between networks when needed for undisturbed operations.

Towards these efforts, a notable contract, worth $28 million over three years went to SpaceX in 2018 for access to its Starlink constellation. Under a program called Global Lightning, the Airforce experimented with service aircraft (C-12J) fitted with terminals and software. The set up achieved a data throughput of 610 megabits per second in flight, fast enough to download a movie in under a minute, Space X’s VP commented. No doubt, interested parties will be watching the next phases of the program very closely.

Reading up to this point, it’s obvious that the next generation of military communications infrastructure will consist of several complex systems. Adding to the challenge, many components, namely, transmitters, receivers, and signal processors etc., may operate in harsh environments, exposed to unpredictable weather elements or manmade activities.

Voltage transients can be caused by power anomalies, EMP effects, faulty load switching, or induced by lightning strikes. When the energy associated with transients exceeds the maximum levels specified for equipment, there will be damage without adequate protection.

Protection devices defend against the resulting transient electricity flow and should be installed at critical junctures in sensitive circuits and downstream of potential entry paths.