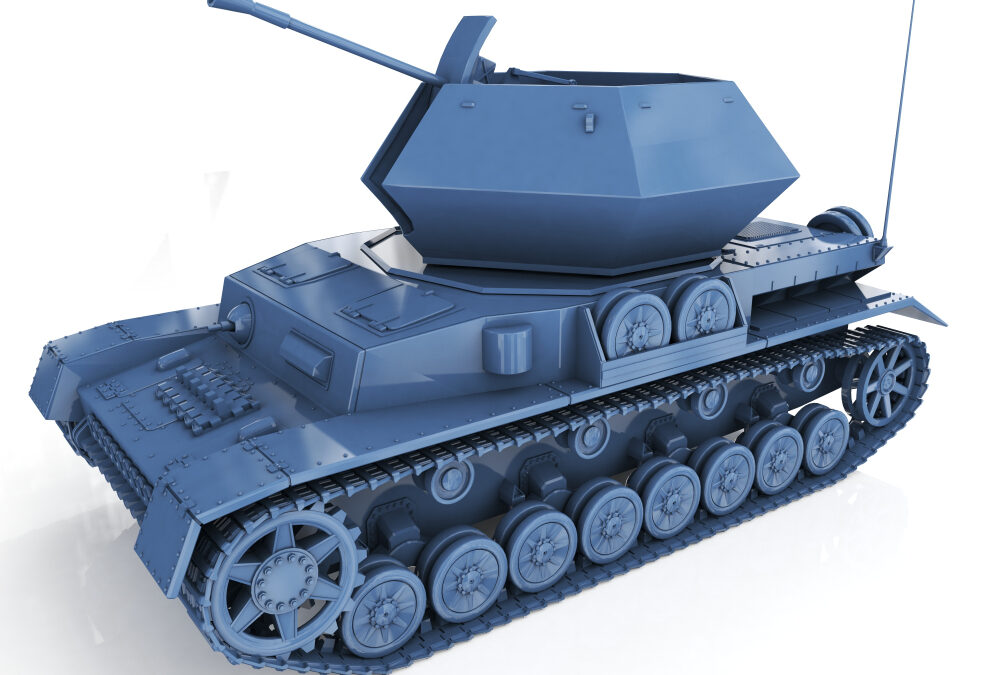 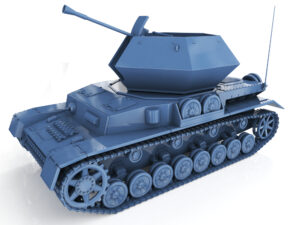 Strengthened by the rapid advancement of technology which is also accessible to our country’s adversaries, the nature of war is changing. Consequently, one of the Army’s priorities is to modernize its ground forces and robotic combat vehicles (RCVs) are a feature of the development.

Why robotic vehicles? Like most other technological transformations, the objective is to leap ahead of the capabilities of legacy systems and perform functions with greater effectiveness and fewer resources. For ground combat, these advances require systems with the flexibility to maneuver in dense terrain and respond to the demands of close and chaotic combat, all while keeping soldiers out of harm’s way.

The modernization program relies on the successful integration into the vehicle’s design, the latest communications and networking technology, advanced software including artificial intelligence for greater autonomy, and robust computer hardware. The increased electrical connectivity between the various subsystems must be managed adequately to prevent system outages.

To prevent the propagation of power irregularities, MDE Semiconductor, Inc. offers an extensive portfolio of voltage clamps well suited for the electrically connected systems required in robotic combat vehicles. Our MAX-20KA Power TVS Diode Series has high current bidirectional diodes that cover stand-off voltages from 16 V to 136 V. Their fast response times, less than 1.0 μs, is advantageous for high-performance environments. They are designed with mounting flexibility in mind and to satisfy the MIL-STD-750, Method 2026 for solderability in military applications.

Overcoming the complexity of introducing RCVs to the battlefield offers a wealth of possibilities for penetrating through enemy attack and delivering lethality. The Army Futures Command overseeing the Next Generation Combat Vehicle (NGCV) program, has been tasked with the responsibility of prototyping RCVs with the goal of wide deployment before the next decade.

In this article, MDE Semiconductor, Inc. will take a look at the requirements the Army has for its robotic combat vehicles, the different levels of autonomy and modularity proposed, and the outcomes of recent demonstrations and testing to make these vehicles battle-ready.

Robotic combat vehicles can carry excessive equipment which reduces the speed, stamina, and effectiveness of soldiers.

In unfamiliar terrain where the enemy has introduced countermeasures, RCVs can perform forward reconnaissance and surveillance over wide ranges and test the enemy’s defenses. By increasing the reaction time and standoff distance when attacks occur, survivability is improved.

RCVs could carry weapon payloads and when directed by human intervention can be used to destroy enemy targets. They are also advantageous to disperse advancing enemy forces to increase attack options.

Successful ground combat requires forces that can outmaneuver adversaries cognitively, and physically through forward movement and battle formations that are resilient in the face of attack. RCVs can also improve logistics and prevent vulnerability of soldiers located far away from supply points.

Governing the robot’s functions are sensors, software, and communication systems which increase the electrical requirement of the vehicle. For reliable operations and performance, protection of the associated circuits against transient overvoltages using voltage clamps should be carefully considered.

Since the Army has been plagued by failed projects (cost overruns and performance issues) in previous attempts to upgrade its ground fleet, the development for NGCVs will proceed in phases with incremental builds followed by testing of the various newly-proposed war-fighting concepts. Development would also rely on an open-architecture to enable interoperability and portability for platforms to remain relevant in the next decade or two as new technologies arise and can be adopted.

At first, the RCVs will be controlled remotely by a two-soldier team, even though it will include the follow-the-lead software, the leader being a manned lead vehicle in a convoy. One soldier drives the robot to avoid obstacles and take cover when necessary. The second soldier will control the weapons.

With time as soldiers get comfortable with the controls, the Army projects that evolving technology in the future will enable one soldier to operate one robot, and eventually control a fleet of multiple robots through artificial intelligence. DOD policy dictates a human must be responsible for performing the discharge of weapons.

The Role of Autonomy

Autonomy is based on a flexible software framework that includes a library of robotic functions and behaviors that are a function of the type of vehicle, the environment, and warfighter needs. To exploit the advantages of advanced technologies, it is necessary to ease the cognitive burden on soldiers in the thick of the action and allow them to focus on complex problem-solving. That is, more time focused on how to fight, versus how to control the vehicles.

Compared to aerial autonomous flight where there are fewer obstacles in the sky, autonomous ground navigation is more challenging due to unpredictable terrain, other ground objects, and fast-changing combat dynamics. The ability to adapt to the unplanned, even when a designated route has been mapped out for the RCV to follow is an ongoing objective. At present, the Army has developed exploratory map-making software which represents one more step closer to full autonomy (minus lethal force).

RCVs include a suite of interconnected electrical equipment and their reliability is paramount for the vehicle’s performance. Voltage clamps are a key component that protect complex circuitry from power anomalies by clamping overvoltages and preventing destruction in downstream loads.

Below is a brief timeline of development events for robotic combat vehicles starting from a very busy 2019.

In May 2019, A week-long demonstration in Texas set expectations for RCVs where six teams showcased eight vehicles ahead of the call to industry for whitepapers. And following this event, a prototyping competition for a remotely-controlled RCV was held between the strongest contenders, namely:

It is noteworthy that the winning team would have 11 months to supply the Army with prototypes for testing after the award of the contract. This limited period meant that the winner would have demonstrated an already mature vehicle that would only require minor modifications to be deployable.

In January 2020, the Army announced QinetiQ North America (7-ton EMAV robot) and Textron and Howe & Howe (10-plus-ton Ripsaw mini-tank) as their winners in the RCV-Light and RCV-Medium classes respectively. Both teams demonstrated a build for each class of RCVs during the competitions, highlighting their capability in both classes. Each team would be expected to build four prototypes each for testing in 2020. Prototyping and Testing for the RCV-Heavy prototype should take place closer to 2023 according to reports.

Field testing of a pair of each design should take place in the first quarter of 2020 at Fort Carson Colorado. Modified M2 Bradleys, configured as Mission Enabler Technologies-Demonstrators (MET-Ds) will be used to control the robotic vehicles. Further testing should take place later in the year involving MET-Ds and M113 RCVs (modified M113s operating as surrogate RCV-Heavy) with increasing complexity in battle formations. The outcomes of these exercises will guide future combat vehicle projects and policies.

As robotic combat vehicles emphasize the need for software and communications technology, network connectivity, advanced sensing, and data processing capabilities, so do the need for powerful electronics, that are built for space control and rugged performance. Besides, miniaturized circuit components are at risk of damage from power surges and electrostatic discharges, resulting from irregular electric power flow.

Our MAX-20KA Power TVS Diode Series offers excellent clamping capability with fast response times, less than 1.0 μs. With surge capabilities up to 20KA (at 8 x 20μsec waveform), and covering stand-off voltages from 16 V to 136 V, these bidirectional TVS diodes are advantageous for high-current applications. They are designed for flexible mounting and satisfy the MIL-STD-750, Method 2026 for solderability in military applications. The next generation of combat vehicles can become a reality when supported by promising innovations in all aspects of robotics development. Our voltage clamps lend theirs to ensure predictable performance.