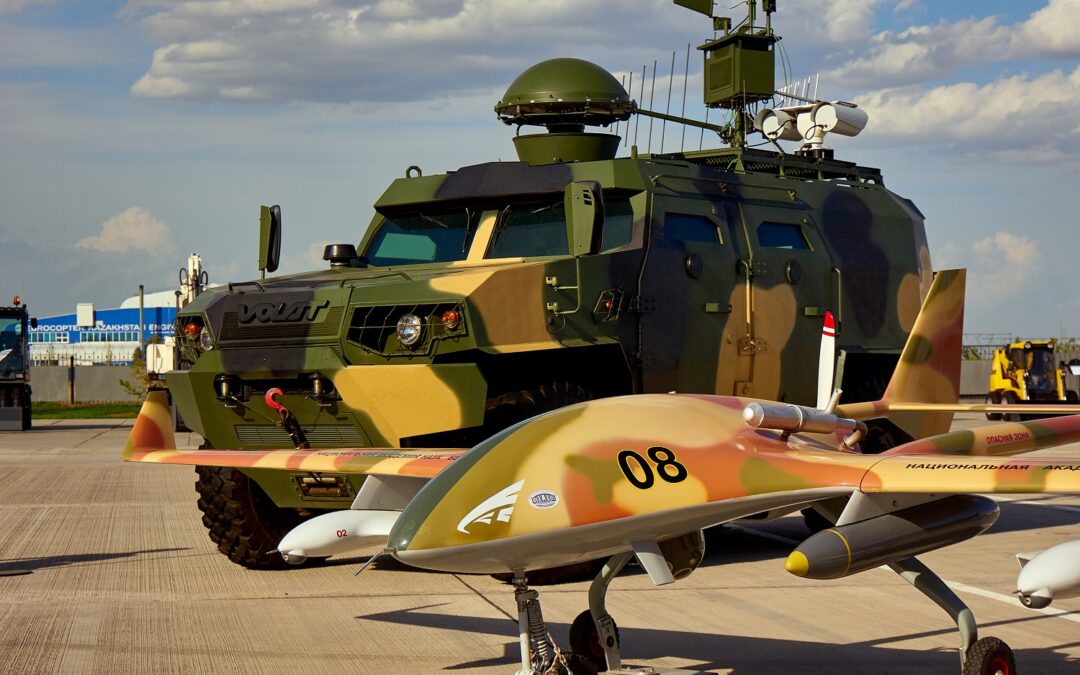 Today’s battlefield no longer refers to a patch of land. 21st century warfare includes a range of technological advances that would make the average citizen’s head spin, including an entire division for electronic warfare. This includes activities like electro-optical, infrared and radio frequency countermeasures; radio and radar jamming (and anti-jamming); masking, probing, reconnaissance, and intelligence; spectrum management, EW reprogramming and more. And each of these complex circuitries that make up the components of EW must be protected – that’s where a high power TVS diode can come into play.

It can be overwhelming to think about the complex technologies integrated into military combat.  Most often, the most state-of-the-art electronic capabilities are developed confidentially for the military, but are later trickled down to use by civilians in everyday life. Just consider the long list of gadgetry and technology first invented for military applications that are now used on a daily basis by teens around the world.  The Cold War pushed the development of ARPANET, the forefather of today’s Internet. GPS tracking devices were developed by the government in the 1990s to keep soldiers safe on the battlefield, improve mapping capabilities, identify targets, and track plane trajectories. Now, I can put a GPS tracker in my dog’s collar to alert me if he escapes our back yard.  And that fun remote-control drone you gifted your nephew at his graduation last year? It’s creation story is owed to unmanned aerial vehicles (UAVs) that scouted landscapes too dangerous for our troops to enter.

So, if you imagine the speed of evolution of those now-common types of technology, one can only imagine the complex, state-of-the-art systems currently being employed and developed for electronic warfare.

In fact, in a press release, the US military has announced its latest electronic warfare updates will include the addition of EW separate signals intelligence (SIGINT) systems on every brigade combat team armored combat vehicle.

And if you think that dealing with interruptions from power outages, spikes and surges in your new COVID-era home office is a pain, imagine the pressure when lives are on the line. That’s why MDE Semiconductor, Inc. has a single-minded focus on manufacturing state-of-the-art circuit protection for complex military systems, such as the high power TVS diode array employed to protect EW SIGINT systems.

Electronic warfare, or EW, is the umbrella term used to include any type of military action – attacking an enemy, defense of enemy attack, or interfere with enemy activity  – which involves the electromagnetic spectrum.  Electronic warfare includes targeting (jamming) communication signals or radar, or even interrupting radio or radar signals to re-route missiles on a new path.

In the Army’s new force design updates, every brigade combat team will have an EW platoon, complete with their own separate signals intelligence (SIGINT) network support team.

The Terrestrial Layer System Brigade Combat Team (TLS-BCT) will be the Army’s first integrated EW, SIGINT, and cyber platform. The TLS-BCT are to be mounted on Stryker armored combat vehicles.

Lockheed Martin and Digital Receiver Technology are busy working on the prototypes for the Army.

Each BCT includes an electronic warfare company included in their Military Intelligence unit. This is where the latest overhaul will come into play.

“New platforms and capabilities will not only enhance how the BCT maneuvers in the electromagnetic spectrum, but also underpin the convergence of EW and cyber effects,” explains Dr. Thomas Withington for Armada International publications.

The Four Capabilities Included in the Next Round of EW Updates

The new EW roll-out will include four major strengths:

The TLS and MFEW-AL will collect Communications and Electronic Intelligence (COMINT/ELINT). Unlike the MFEW-AL, the TLS will perform cyber and electronic attacks.

The TCE is a mounted/dismounted capability for cyber warfare and the EWPMT/Raven Claw performs cyber and electronic warfare battle management and damage assessment.

These new capabilities are designed to for employment near the Forward Edge of the Battle Area to use gathered EW intelligence to plan cyber, electronic or kinetic attacks against targets like hostile communications nodes or radars.

“BCT SIGINT collection will be assisted by the MFEW-AL. This is a pod-based signals intelligence system expected to cover a 30MHz to 40GHz waveband and will equip the force’s General Atomics MQ-1C Grey Eagle Uninhabited Aerial Vehicles (UAVs).

Given the service ceiling of the MQ-1C, it should be able to collect SIGINT at the theatre level, typically across ranges of over 200 nautical miles/nm (370 kilometres/km). In addition to collecting COMINT on hostile communications, the MFEW-AL will collect ELINT on hostile emitters like weapons locating and ground surveillance radars. Col. Finch (Col. Kevin E. Finch, project manager for electronic warfare (EW) and cyber, along with the Rapid Capabilities Office) is looking forward to fielding the MFEW-AL: “We have never had this capability in the force before.” (Armada International)

Dismounted troops will be equipped with VROD/VMAX backpack electronic warfare systems enhanced with L3Harris’ Tactical Cyber Equipment (TCE). TCE will engage in tactical level cyberattacks to support the TLS’ employment of cyber effects at the tactical/operational levels. The TCE is deployable in combat scenarios unsuitable for larger assets or the MFEW-AL.

Colonel Finch explains, “Systems providing data in near real time so the commanders can make timely decisions—part of the decide, detect and act methodology—is very important.”

High-performance components make sure every portion of EW applications stand up to the most unfavorable conditions – extreme weather and temperatures, complete darkness, fog or dust, etc.  Data recorders, wideband receiver modules, DAQ chassis, and other components that support demanding SIGINT applications must be compact, mobile, rugged, and deployable in harsh environments. The electronic components themselves need to be reliable and function normally throughout whatever combat throws at them.

The key to such systems comes from small, yet powerful integrated circuitry to control the synchronization, integration, and data transfer between thousands of moving parts within an electronic warfare scenario.

For example, one drawback of interconnected electrical and data networks is that power anomalies can propagate easily. Without adequate protection, these can cause damage to neighboring equipment. Information systems cannot afford such failure or unreliability in electronic warfare applications.

Voltage transients can be caused by power anomalies, EMP effects, faulty load switching, or induced by lightning strikes. When the energy associated with transients exceeds the maximum levels specified for equipment, there will be damage without adequate protection.

Protection devices defend against the resulting transient electricity flow and should be installed at critical junctures in sensitive circuits and downstream of potential entry paths.

A high power TVS diode assembly could act as desirable protection devices for many EW scenarios in the battlefield. They are characterized by low capacitance (when signal integrity is important) and fast responses to overvoltages. More importantly, they do not degrade in the course of protecting against energetic events like MOVs do for instance. High power TVS diode operation involves the clamping of overvoltages in order to protect the load in parallel.

Each of these electronic warfare capability upgrades are part of a larger strategy to streamline EW capabilities for BCTs, which until now have been discordant across units. “Deploying these at the operational and tactical levels with the BCTs will ensure that electromagnetic manoeuvre can be fused closely with conventional manoeuvre from the forward edge of the battle upwards.” (Armada International)