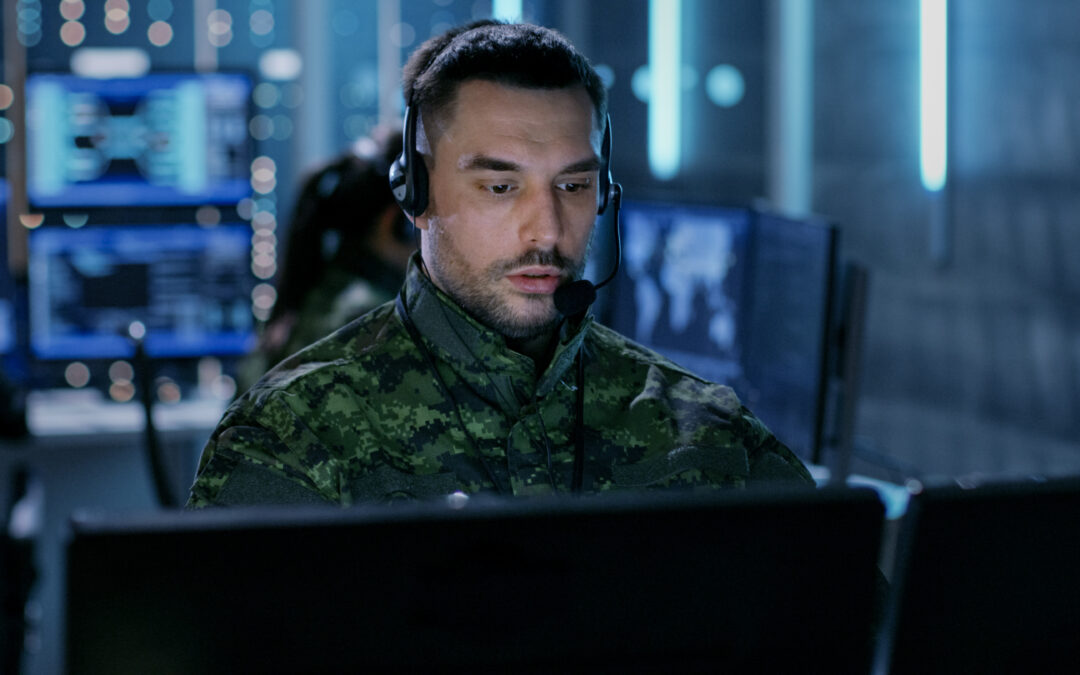 “Look Mama, no hands!” says the child about to perform a fascinating trick, while said parent looks on with a mix of fear and excitement. It seems our fascination with performing activities hands-free is innate. Voice-activated technology might be the fulfilment of those ambitions. And voice activation isn’t just for home music systems or finding your favorite TV programs without punching in the title on the remote.  In the 21st century, military applications of voice activation technology are becoming old-hat. So what have voice-activated applications to do with clamping diodes and custom circuitry?

Voice activated digital assistants like Apple’s Siri, Amazon’s Alexa, and Microsoft’s Cortana, among many others, are now mainstream. According to this 2020 report an estimated 38.5% of the US population will use a voice assistant at least monthly.

These devices are attractive now that people are faced with a barrage of information and activities packed into any given day. An assistant decreases the mental load people face and offers them convenience and the ability to multitask and perhaps shave a minute or several off some activities in their homes and offices.

Mental load for military personnel in a contested environment is exponentially more where the stakes can be a matter of life and death. And voice-activated technology has been used to reduce this burden in particular instances and more scenarios are being investigated. Are these advances a welcome solution, or another futuristic idea with too many kinks to be useful on the battlefield? Let’s investigate to find out more.

MDE Semiconductor, Inc. specializes in the manufacture and design of components, e.g., clamping diodes found in surge protection equipment for military infrastructure and always aims to be at the forefront of innovation that give our heroes the advantage on the battlefield.

What Is Voice Activated Technology and How Does It Work?

Barring any learning difficulties or disabilities, experts say, the more children are exposed to different words, different contexts, the more their own speaking and understanding skills improve. The process appears so simple and straightforward on the surface.

Teaching a machine to understand language while fundamentally similar to a child learning, reveals the complexity involved. Researchers from multiple disciplines like linguistics, mathematics, computation and more have been busy over several decades to make it possible for a machine to respond to a human’s verbal instruction and carry out an electronic task for them. The goal continues to be more reliability and accuracy in the future. Advanced technologies involved include:

Speech recognition – A mechanism to filter sounds received by a transmitter and break them down into a format the software can read.

Processing – The step to analyze the combination of words to extract the meaning. The analog audio is converted to digital signals to compare to a database with the signals of different words. It typically involves speech and language algorithms emulating the neurons in a human brain that extract patterns and connections in large data sets.

Voice authentication – From patterns and previously trained data, this step identifies who the individual speaker is and whether or not they should be able to control a device. Speaker identification is a related technology to pinpoint an individual voice when there are multiple speakers. Language identification is another capability to distinguish languages from one another.

Voice technology companies can choose different combinations of these mechanisms depending on the markets they serve and the application of a particular device. For example, stenographic software for transcribing notes in courtrooms will benefit from enhanced speaker identification. On the other hand, voice authentication is a critical security layer to deny others access to restricted spaces and information. If anyone could unlock your smart home garage, it defeats the purpose.

As a result, these devices are commonly categorized as:

MDE Semiconductor, Inc. puts its years of experience in developing protective devices such as clamping diodes that can be integrated into the newest innovations for warfare. In addition, the company offers customization to take into account weight and space limitations for a client’s design.

Investigations about extracting the benefits of voice activation technology for the military have been underway for decades. A technical report about the “Use of Speech and Language Technology in Military Environments,” classified usage of voice activated technology into the following categories:

A mission can take a soldier around the world where they may be confronted with languages they don’t understand. Traditional translation devices often feature touch screens that require the use of hands. One company offers a 5.2-inch device worn on the soldier’s chest to easily pick up words that are spoken, and translate them. The device offers a library of 70 languages.

Security and intelligence agencies are using voice and speech recognition technology to transcribe audio and video files from physical media, computer hard drives and mobile phones to identify speakers and spot code words. On a one-to one basis for real-time situational awareness, voice recognition combined with a biometric data system can help identify individuals encountered during a patrol and whether the person has access permission, or is a wanted person.

Researchers from the Army Research Laboratory, ARL, of the US Army Combat Capabilities Development Command and the University of Southern California’s Institute for Creative Technologies have joined forces to enable soldiers to talk to robots to reduce the burden in search and rescue or reconnaissance operations. The speech command system named JUDI (Joint Understanding and Dialogue Interface), interprets intent from a soldier’s words and the robot’s communication and sensing systems, which includes audio, visual and radar mapping data to aid two-way interaction and decision making.

Sensitive electronic instruments can experience transient surges that can destroy them, therefore, adequate protection in the form of clamping diodes need to be installed to protect them and avoid replacements and downtime.

The usual military requirements for robustness, security, and performance always hold. For voice activation technologies, the following are specific concerns that arise in contested environments and are the subject of future improvements.

Noise is a significant issue in defense operations due to mechanical engines, variable weather conditions, explosions, gunfire, vibrations from motion and g-force levels. These sounds negatively affect the performance of voice technologies.

Even though current accuracy levels of speech recognition systems are impressive, errors still persist. Depending on the application, these flaws might not be too critical. In others, the risk rules out the technology as a possible use case. Errors can be due to common occurrences in the battlefield such as excitement and stress that changes a speakers tonation, speech impairment because of fatigue or injury, covert operations that require whispering, changes in pitch to accommodate for background noise, the presence of multiple speakers and so on.

Media files in different formats can cause hiccups when analyzing data which increases the effort when it comes to rendering information in real time. In addition, since comparison to known data is a given, the speed of obtaining insights is a function of the processing power and network connectivity. The military is looking to edge computing solutions that bypass the need for cloud connection and its associated challenges.

Threats of hacking, duplicating, or mimicking a user’s voice to gain access to information, resources or to order a strike remain significant risks that can compromise security. While biometric authentication has been proposed as a countermeasure, it also presents another severe security risk should biometric information be hacked. Since a person’s DNA and biometric markers are unique and unchanging, if their information gets into the wrong hands, it becomes a point of no return when compared to other forms of access credentials like passwords.

For all the promise of reducing workloads, speaking, according to researchers, can also derail a person’s train of thought. Combined with the operational challenges mentioned above, circumstances where clear focus is required will be put in jeopardy. Whether voice activated technology is a benefit or a distraction is the reason for current research and testing into different use cases and discussions about tradeoffs.

When it comes to high-performance semiconductors which meet the rigorous environments required on military missions, our extensive portfolio of products aims to meet a diverse set of needs, while keeping lifecycle costs at a minimum. In addition, our devices are available in a variety of shapes, sizes and ratings to optimize for space, weight and capacity. Through customization, we work with customers wanting to integrate complex circuit hardware into their products.

Voice activated devices playing a role in self-protection systems in military applications must continue to function when abnormal transient voltages occur due to the inherent vulnerabilities in miniaturized circuits. Transient voltage clamping diodes protect against these surges to ensure communication signals are not distorted for reliability.

Always looking to the future with interest, we aim to build on our record of success and continue to execute on any initiatives that will provide support to the heroes on the front lines.