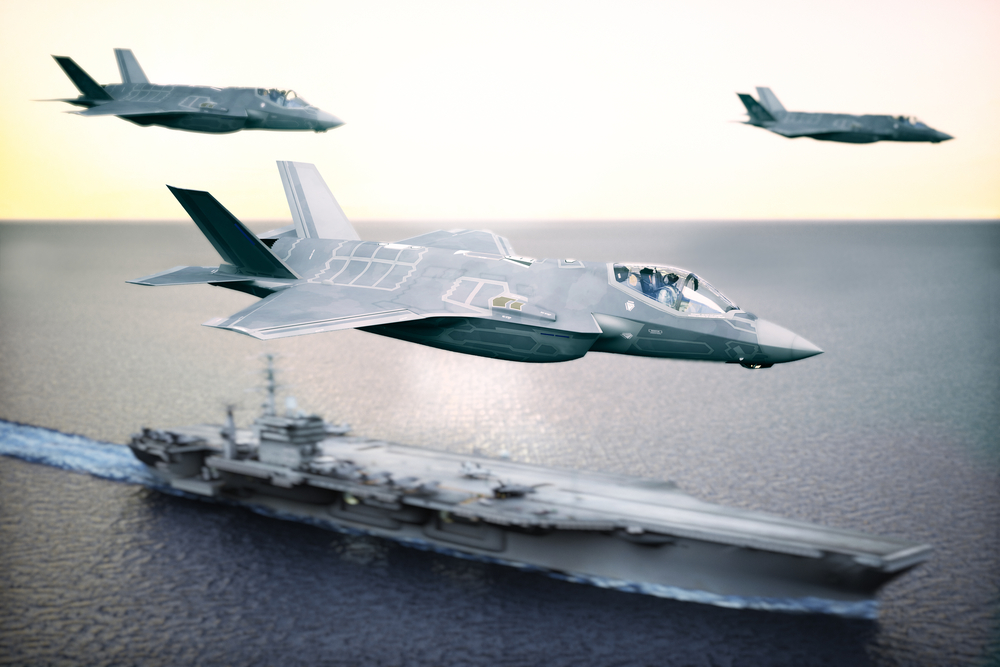 The wealth of information we have available at our fingertips has changed everything about the way we live. The way we do warfare has also changed, although the principles to success remain the same—the capability to make quicker decisions and at the same time interfere with those of the adversary using confusion, disorientation, and right-on-target attacks.

A few months ago, we shared that a vital feature of the F-35’s technological advances, information technology, and data-sharing relies on complex electronic circuitry, including one of MDE Semiconductor, Inc.’s TVS diode products to provide high current circuit protection on board.  Now, we’re back with an update on how the new tech onboard the F-35 is transforming the way the US Military achieves their goals.

Seeing and Sharing is Believing

An exercise known as the Red Flag exercise recently concluded in March (2019) at Nellis Air Force Base in Nevada. The exercise tested the F-35 against many advanced threats and scenarios. These included, according to the Air Force report, “advanced integrated air-defense systems, an adversary Air Force, cyber-warfare and information operations.”

As part of the exercise, the F-35 fleets were tasked with escorting and protecting coalition aircraft from “enemy planes” and played a managerial role by sharing specific and timely information to other aircraft during defensive counter air (DCA) missions. The exercise showcased the coalition and data-sharing required between the US and allied partners for battle success, considering that in the next 15 years, 70% of NATO aircraft will consist of legacy planes. Maximizing the capabilities of the F-35 depends on data-link technology.

One pilot in a service report highlighted the situation where an F-35 pilot shared life-preserving information with him during a mission.

“I’ve never seen anything like it before. My wingman was a brand new F-35A pilot, seven or eight flights out of training. He gets on the radio and tells an experienced, 3,000 hour pilot in a fourth-generation aircraft. ‘Hey bud, you need to turn around. You’re about to die, There’s a threat off your nose.”

In other words, the F-35 is the answer to a limitation that even years of flying experience cannot overcome: it can see threats better, in the air and on the ground.

Part of the exercise also included flying in GPS-denied spaces where communications were jammed. The F-35’s ability to identify adversaries quickly made for decisive decision making. In offensive counter air missions (OCA) the F-35 exhibited air superiority by neutralizing enemy threats with an impressive “kill” ratio: 100 to 0.

The US military knows that to be lethal in modern-day warfare, information sharing is necessary for preparedness against technologically advanced enemies, not to mention significant military capabilities overall to suppress any enemy defense. The F-35 actualizes key aspects of this objective.

Advanced Features of the F-35

The F-35 was designed into a family of three aircraft, all single-seat jets. The variants have slight distinctions in their specifications, such as size, fuel capacity, payload and naturally, the unit price. They are:

The F-35A, with its rounded exterior, blends the weapon into the body of the plane for stealth.

The F-35B is the most technically sophisticated and most expensive of the group, while the largest of the three is the F-35C, featuring a larger wingspan and tail for carrier landings.

The construction facility at Ft. Worth, Texas, saw a gathering of engineers, mechanics, electricians, builders, technicians, and other experts from the top aerospace companies to assemble the plane. Publicly available information about details of the plane’s manufacture reveals some of its important features discussed below:

Stealth, the ability to remain undetected, contributes to the survivability of the F-35. Sharp external protrusions, contours, or edges make a plane recognizable to enemy radar. Radar emissions are electronic signals traveling at the speed of light that need to bounce off specific structures and send a return signal. If the plane’s body does not have edges for the electromagnetic pings to bounce off, the plane’s shape becomes challenging to detect. Algorithms use the speed and travel time of the return radar signal to calculate the shape, distance, and speed of an object. In stealth-mode, the radar is unable to generate a rendering of the jet.

The F-35 hides protrusions well, fuel is carried internally, antennas are embedded on the skin of the plane and sensors are flush-mounted on the aircraft. Weapons are hidden too because their shapes are vulnerable to detection. After any maintenance operation, every bolt, fastener, hinge, and panel is closed up for a seamless exterior to retain the non-visible configuration. Besides, such construction and installation reduces drag, contributing to fuel efficiency and the ability to go farther or fight longer.

The fuselage is also made of a secret blend of composite material including carbon and is coated with stealth coating that reflects electromagnetic energy from the surface, so in a way, it becomes radar absorbent.

Reducing the plane’s thermal signature from heat emissions is critical for maintaining stealth. Burying the engine inside the aircraft combined with a sophisticated cooling system is one of the ways the F-35 reduces visible heat release. In addition, coolant tubes running underneath its wings and inside its body, help dissipate heat produced by the electrical system and avionics, thereby controlling the overall temperature. Pipes underneath the airplane allow traveling fuel to provide a cooling effect as well.

Apart from navigation and flight instrument systems, the F-35 is equipped with highly sophisticated and automated electronic warfare sensors and computing to enable advanced air-to-air combat while remaining as undetectable as possible.

One of the advanced core features of the F-35 is the capability to detect objects in the air, on the ground, and in the sea, plus the ability to share the information through Multifunction Advanced Data Link, MADL, from one F-35 to the next. So what one fighter sees, the others in the formation can see too. Compared to older generations, it leads to improved and more comprehensive situational awareness.

The complex electronic circuitry must be able to withstand the challenges of warfare and flying in harsh environments. The 5.0SMLJ12A TVS diode provides high current circuit protection needed in fighter jets. Click here to learn more about how a TVS diode serves to protect onboard circuitry of aircraft like the F-35s, as well as naval subs and ships.

The engine provides the thrust the aircraft requires to move through the air, and overall maneuverability comes from the wings and its movable parts. For the aircraft to propel to speeds breaking the sound barrier, air ducts on the sides of the nose draw in air toward the engine, where it is compressed and soon after, ignited with gas, creating a controlled explosion with visible flames pushing out of the exhaust. The massive force generated causes the propulsion and acceleration.

A visible “LiftFan” that can operate in crosswinds up to 288 mph is located on the front of the center fuselage behind the pilot. The main engine sends horsepower through an intricate bi-level gear system to the LiftFan, and these parts work together to deliver the significant downward vertical thrust needed to hover and maneuver especially during takeoff or landing for the F-35B.

The survivability of the F-35 is order of magnitudes greater than legacy fighters, making them effective in missions against any type of defense. The future will see the integration of new weapons to keep pushing the boundaries of the fighter’s capabilities.

Automatic ground collision avoidance has also been integrated into the aircraft to save lives and billion dollars’ worth of infrastructure.

The microchip, small but mighty, is the foundation of modern technological electronics, and the F-35 is no different. Unfortunately, these circuits are susceptible to power spikes and voltage transients. Not only is the aircraft to withstand harsh environments including extreme weather and lightning strikes, but these natural events can cause devastation to sensitive circuits.

Let’s not forget that the ability to refuel in the air is invaluable during combat, this activity can build up electrostatic charge which is also unfavorable to on-board circuits when discharged.

Total failure in the absence of circuit protection would render on-board electronics, navigation systems, and computational software, useless, the ramifications of which are not hard to imagine. Thankfully, finding the right surge protection equipment was crucial in the construction and assembly of the F-35. It’s why the engineers selected the 5.0SMLJ Series of Surface Mount TVS Diode from MDE Semiconductor, Inc. to protect the redesigned aircraft’s electronic systems from dangerous power surges. 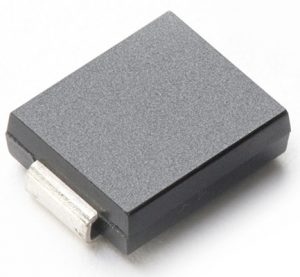 The 5.0SMLJ Series is a single TVS diode with excellent clamping and low inductance. It provides a peak pulse power of 5000 watts and a working peak reverse voltage from 5 V up to 170 V.  Their fast response times are what advanced circuits with critical functions need: less than 1.0 ns for unidirectional devices and less than 5.0 ns for bidirectional devices from 0 V to minimum breakdown voltage. Also, they are designed in a flat configuration, perfect for maximizing board space.

Click here to shop the 5.0SMLJ Series, as well as other variants of TVS Diode and circuit protection from MDE Semiconductor, Inc.